Kushtia, November 02 (IU Correspondent/OurVoice) – The Kushtia District Bidi Owners’ Association and workers union on Wednesday laid siege to the district Customs, Excise and VAT Office to press home their six-point charters of demands including the prohibition of counterfeit bidi.

Around two hundred bidi workers gathered in front of Kushtia Customs, Excise and VAT Office and formed a human chain there in the morning.

The demands include imposing a ban on fake bidi and brand rolls, eliminating the 10 per cent income tax on bidi, allowing workers to work for six days a week, enacting a bidi worker protection law, prohibiting the issuance of bidi factory licences without on-site inspection and taking legal action against counterfeiters.

Addressing the human chain, the speakers said that millions of workers, including helpless, disadvantaged, ultra-poor, physically challenged and widows, make a living by working in the bidi-making industry. But the country’s ancient labour-intensive industry is being destroyed by the conspiracy of foreign multinational companies.

Multinational companies are smuggling thousands of crores of money abroad by burning the lungs of the country’s people.  Some corrupt local officials are also taking advantage of the foreign multinational companies and imposing excessive taxes on bidis, they said, adding that bidi-making industry owners are being forced to close their factories as they cannot bear the burden of the exorbitant tax. 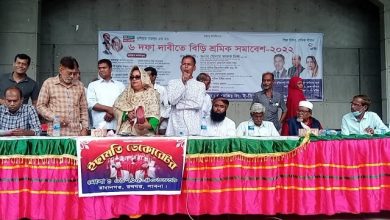 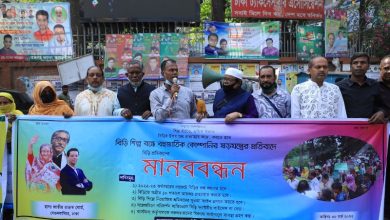 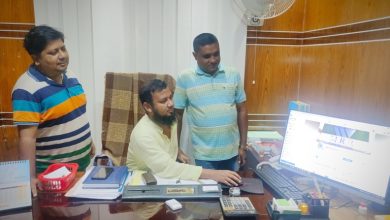 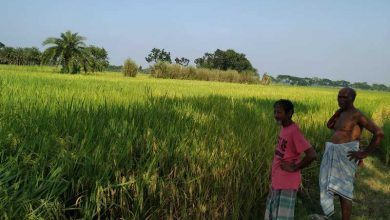