Kushtia, May 12 (Correspondent/OurVoice): The female students of different departments of Islamic University in Kushtia are facing cyber bullying which is causing immense suffering for them.

A cyber bullying incident came into the light after a female student of Islamic History and Culture Department student had shared a status on social media Facebook group ‘IUian’ on Tuesday night.

Faruk Hossain, a third year student of IU Marketing Department, tried to make an intimate relationship with the victim but he failed despite repeated attempts.

Faruk, at one stage, sent nude photos and videos to the victim and opened a fake Facebook account using the victim’s photo, according to the status of the victim.

After the status of the victim, at least 15 female students of different departments including Bangla, English, Arabic Language and Literature, Human Resource Management, Law and Land Management and Social Work accused him of the same act.

Condemning the incident, different student organisations demanded immediate punishment of the student so that none could do such heinous act in future.

The victim, however, said that Faruk irritated her since she got admitted into the university under 2019-20 session.

‘I am mentally disturbed and demand legal action in this regard,’ she said.

Faruk could not be reached despite repeated attempts as his phone number found switched off.

IU Proctor Professor M Jahangir Hossain said that they would take legal action against the student after talking to both of them. 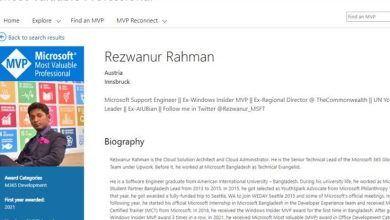 Bangladeshi Cyber Expert at Risk of Cyber Crime in Austria