The victim Emon Ara is a fourth year student of Political Science Department of the university.

Emon Ara said that the incident took place near the hall area around 12:30pm when she was returning to mess from the campus. The miscreants riding motorcycle shoved Emon and snatched away her mobile phone.

A written complaint was filed with Shailakupa police station in this regard, she said.

‘I have been mentally panicked after the incident,’ the victim added.

IU Proctor Professor Jahangir Hossain said that they were trying to find out the miscreant with the assistance of police and stern action would be taken against the person involved with the incident.

Earlier, four female students of Economics Department of Islamic University were also molested by the outsiders at their rented house early Thursday. 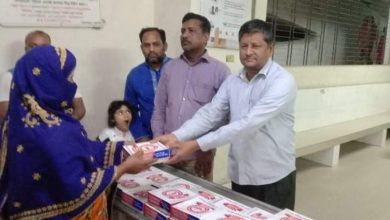