Kushtia, February 17 (Correspondent/OurVoice): The students of Islamic University staged demonstration by forming human chain on the campus in Kushtia on Wednesday protesting attack on some students of Barisal University by the local transport workers on Tuesday.

Around 50 students of different departments formed the human chain under the banner of IU General Students in front of Mrittunjoyee Mujib mural around 4:30 pm.

BU authorities should look into the matter strictly.

They urged the government to take capital punishment for the miscreants so that they could not commit such heinous act in future.

Such kind of incident would be repeated if the culprits were not brought into the book. They would go for tougher movement if their demands are not met, the agitating students said. 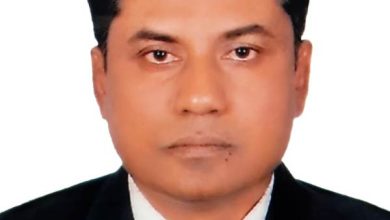