Bonn, January 03 (UBP/OurVoice): A type of novel molecular voltage sensor makes it possible to watch nerve cells at work. The principle of the method has been known for some time. However, researchers at the University of Bonn and the University of California in Los Angeles have now succeeded in significantly improving it.

A press release of the University of Bonn added, it allows the propagation of electrical signals in living nerve cells to be observed with high temporal and spatial resolution. This enables investigations into completely new questions that were previously closed to research. The study has now been published in the journal PNAS.

When we smell a bottle of suntan lotion, electrical pulses are generated in the sensory cells of the nose. Via the olfactory bulb in the brain, they enter the primary olfactory cortex, which then distributes them to various brain centers. Memories such as summer vacations by the sea long ago are then conjured up in the hippocampus and other regions.

In recent decades, brain researchers have gained an increasingly precise idea of how stimuli are processed in the brain and which path the electrical excitation takes in the process. However, in many aspects these insights are still very approximate. The method now presented by researchers at the University of Bonn and the University of California in Los Angeles may help solve this problem.

Nerve cells transmit electrical signals to other nerve cells via biological “cables” known as axons. Each nerve cell is encased in a thin membrane that separates it from its environment. In the resting state, there are many positively charged ions on the outside of this membrane, significantly more than on the inside. There is therefore an electrical voltage between the inside and the outside. Neuroscientists also speak of a membrane potential.

When a signal passes a certain point on the axon, this potential changes there for a short time. “And we can make this change visible,” explains Prof. Dr. Istvan Mody of the Institute for Experimental Epileptology and Cognition Research (IEECR) at the University of Bonn Medical Center. To do this, the researchers drape a chain of lights around the nerve cells, so to speak. The special thing about it: Each lamp of this chain carries a voltage-dependent dimmer. This means that it gets darker when the membrane potential at the location of the lamp changes.

This makes excitation propagation visible as a kind of “dark drop” running along the axon. The researchers use fluorescent proteins as a light chain. “We introduced the gene for this into the cells,” Mody explains. The researchers also tagged the genetic makeup with a kind of shipping label. “This label ensures that the fluorescent dyes are transported to the outside of the membrane immediately after they are produced. A kind of anchor then ensures they stay put.”

The dimmer is not part of the nano lamp, but another molecule: a so-called “dark quencher”. This is normally located on the inside of the membrane. However, due to the voltage change during signal forwarding, it changes to the outside. There it meets the fluorescent proteins and shields them. The nano lamp becomes darker as a result. As soon as the potential normalizes, the dark quencher moves back to the inside, and the luminosity increases again.

“This method is not really anything new,” Mody says. “However, we have fundamentally improved it in two respects.” Until now, the fluorescent proteins were integrated directly into the membrane, which significantly disrupted the function of the neurons. The new nano lamps, in contrast, sit outside the membrane. They also do not fade as quickly, but retain their luminosity for 40 minutes, four times as long as conventional fluorescent dyes.

The second change concerns the dark quencher: The compound normally used for this purpose is toxic and also highly combustible. It was even used as an explosive during the Second World War. “Our quencher, on the other hand, is completely harmless,” Mody emphasizes. “It also reacts even faster and more sensitively to the smallest changes in potential. This allows our method to visualize up to 100 electrical pulses per second.”

The method permits the function of nerve cells to be observed without disturbing them. This makes it possible, for instance, to gain a more precise insight into the associated malfunctions in certain neuronal diseases. It is ultimately a promising new tool to better understand the workings of the brain.

One Fined for Extracting Sand Illegally in Gomastapur

Two Fined for Digging Pond in Farmland in Gomastapur 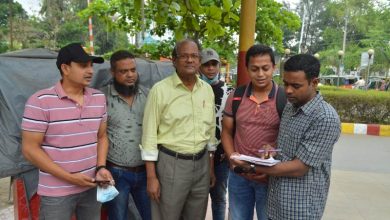 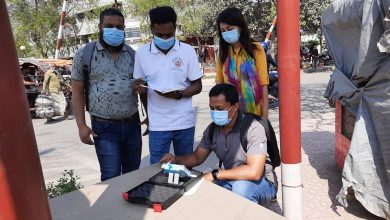 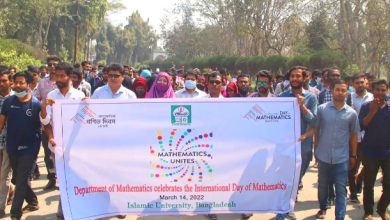