Kushtia, February 23 (Correspondent/OurVoice): The students of Islamic University gave a five days ultimatum to the university authorities for reopening the campus and the residential halls of the university on Tuesday.

They will break open the gate of the halls if their demands are not met by March 1. The agitating students made the announcement in a press conference held at the university’s Jhaal Chattar area around 11:30 am.

The students staged demonstration on the campus for the third consecutive day. GK Sadik, General Secretary of IU Chhatra Union unit, announced the program on behalf of the students.

Addressing the press conference, the students said that they would continue their demonstration on the campus until their demands are met. IU authorities have postponed the examinations of all departments after the announcement of the education minister.

We think this is an extremely hasty decision. Because many departments are already undergoing examinations, the examination dates have been announced in some departments. As a result, students come from home and rent a mess or a house and stay in the area around the campus.

The university administration would have to take the responsibility if the general students were forced to make a decision.

We have seen that JU and DU students have already broken the lock of the halls. We urge the university authorities not to push the students towards such action. The administration must also take responsibility for any unpleasant situation, the agitating students threatened.

After the press conference, the students brought out a protest rally from Daina Chattar. The rally ended in front of the administration building after parading main roads of the campus. They observed a sit-in programme there to press home their demands.

A team of students met with IU Vice-Chancellor Professor Shaikh Abdus Salam at his office around 1:30 pm. IU VC said that the university would execute the government order.

In a dean meeting, Islamic University authorities decided not to take bachelor and masters’ final examinations but they continue classes online. 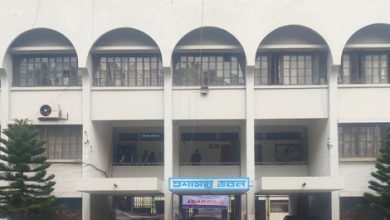 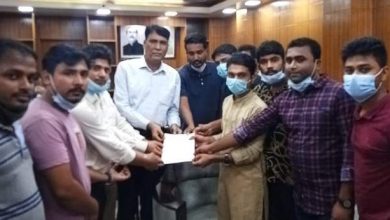 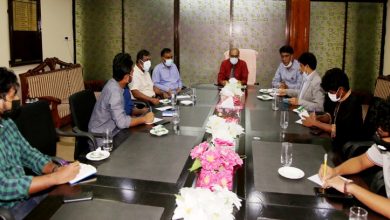 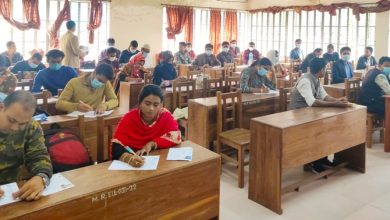